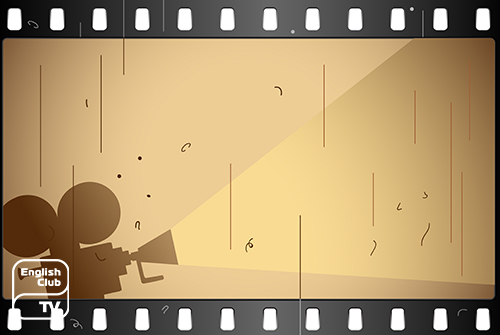 Why would anyone want to watch English movies with English subtitles? From black and white to coloured motion pictures, English movies have come a long way over the centuries. Most movies, where the characters converse in foreign tongues, require subtitles in English. The subtitles translate speech from the film to English, with synchronous timing, to aid users in following the play of action in the movie.

Watching English movies with English subtitles has many advantages.

We all know that the pronunciation of English words can differ based on from where the speakers come. These differences can be regional or cultural. It may be difficult for even native speakers to understand what was said on screen if it is in a different dialect. It is where English subtitles come in handy, especially for learners of the English language.

If you are watching a classic or historical English movie, the language used may be different from today’s commonly used form. Even though you may identify the meaning of what is said, you might want to know how some words are written or how they are grammatically structured. It is hard to do this when you can only hear what’s said. By watching English movies with English subtitles, you can pause the video at a particular point and jot down an idiom, word or structure of interest.

It isn’t easy to share an entire movie among many friends or on social media since it would consume far too much bandwidth. What if there’s one witty statement, followed by an action which you’d love to share with others? You can create gifs and images.

There’s software online that you can use, and the subtitles utilised as they are to capture what is said, without recording the sounds as well. You don’t have to edit the movie clip to add the corresponding text separately. With subtitles on display, all it takes is a press of a key to capturing both the image and the text to make screenshots. Not only do you learn new words and phrases, but you also get to share them with your friends.

If you are not sure of which movies to watch, take a look at the ECTV Channel – Movie Club. The programme itself has English subtitles to allow a viewer to have a clear idea of what goes on the screen. The English Club TV Channel of the United Kingdom offers a wide variety of entertainment programmes, one of which is the English Club TV Movie Club, where the viewer can get introductions to many English movies with English subtitles. Both native English speakers and learners of the English language can enjoy these English movies ranging from movies such as ‘The Moonrise Kingdom’ from the Kids genre to action-packed movies like ‘A 100m High Thriller’, for teens are adults. The Movie Club presents a segment called ‘Snapshot’ through a presenter, who runs the audience through trailers of the English movies with English subtitles. Before this trailer, the audience is given an introductory statement mentioning what makes the movie special, or what it is the viewer has to look out for in the film.

Another segment of the TV programme is called the ‘Profile’. Here, the viewers get an introduction to a famous actor or actress from among that year’s Oscar nominees. The viewer then gets a brief background of the said movie star and why he or she is most suitable to be on the Oscar list. They then move on to some ‘Silver Screen News’ . This may involve video fragments from the previous Oscars, predicting candidates for awards in that year’s Oscars. Background and screen time information on individual actors and actresses are presented here.

The final segment in the English Club TV Movie Club programme is called ‘Must-See’. The presenter gives a short introduction to the movie, withholding the plot, making the viewers even more curious about its plot. Following the introduction, a trailer is played for the viewers to get a sneak-peek into the ‘Must-See’ Movie. Once the show is over, a list of words used by the presenter and their related meanings are given, adding to the viewers’ English vocabulary.

So how about watching some English movies with English subtitles?