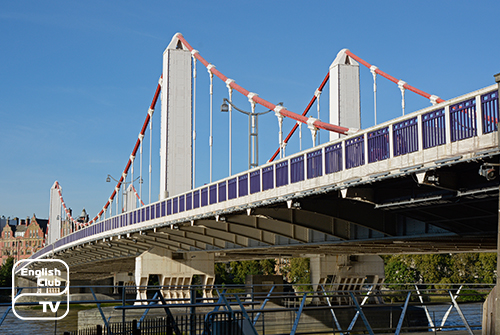 The Battersea Bridge had been linking Chelsea and Battersea since 1771 until 1842. During this period, Chelsea witnessed a significant congestion regarding people and vehicular movement and realised that there should be an alternative system to minimise the congestion. This realisation resulted in constructing an artificial slope in the area of Chelsea. As newly claimed lands in this way provided more space for development, the needs for a new Chelsea Bridge also came to the fore, and soon, a new bridge replaced the old bridge.
Chelsea Bridge: Parliament Act
In 1846, Parliament approved an act for obtaining approval for constructing a toll bridge, 1.6 km downstream from the Battersea Bridge. Before this bridge, Chelsea boasted a few toll bridges that private companies controlled; this was the first time that a government controlled toll bridge came to exist.
Chelsea Bridge: allegations
The Metropolitan Improvement Commission received the task of maintaining the bridge on behalf of the government. However, some parties protested claiming that the government was trying to profit by building toll bridges. It led the government to declare that they would not charge people for crossing the bridge once they cover the cost of its construction.
Chelsea Bridge: Victoria Bridge
Thomas Page received the task of producing a design for the new bridge and accordingly he presented a few designs which include a design for a stone bridge, and also a design for a suspension bridge. Finally the design for the suspension bridge was selected, and the work for the Victoria Bridge commenced in 1851.
Chelsea Bridge: Opening of Victoria Bridge
Queen Victoria declared open the bridge on March 31, 1858. On April 1858, the public received the access to the bridge. However, Edwin Clark and John Hawkshaw in 1861 raised concerns over the safety of the bridge. The bridge had two chains fixed to both sides taking their concerns into account in strengthening its structure. After that, the government named it the Chelsea Bridge for they wanted to make it separate from the Queen’s name in case it might collapse tarnishing the image of the queen in the process.
Albert Bridge
In 1873, another bridge built in the area called the Albert Bridge was not used by people as expected. However, this bridge resulted in reducing the number of individuals who used the Chelsea Bridge. Therefore, the Metropolitan Board of Works bought all the bridges between Waterloo and Hammersmith passing an Act and allowed the public to use them toll-free. The Chelsea Bridge too became a toll-free bridge in 1879 under this Act.
Demolition of the old Chelsea Bridge
In 1931, the London County Council wanted to demolish the Chelsea Bridge and build a six-lane modern bridge instead. But it was abandoned because of the financial strains that the Great Depression caused at the time. However, the fund sought for building a four-lane bridge and the materials for the construction were found within the UK.
The Chelsea Bridge in present times
In 1970, the Chelsea Bridge received new paint of red and white to its structure and in 2007, repainted in blue, white and red this time. Today the illumination of the Chelsea Bridge covers the nearby Albert Bridge as well. However, the residents close to the bridge complained that their privacy is being disturbed by the noise of motorcycle races. Eventually, the authorities banned the holding of races on the bridge.