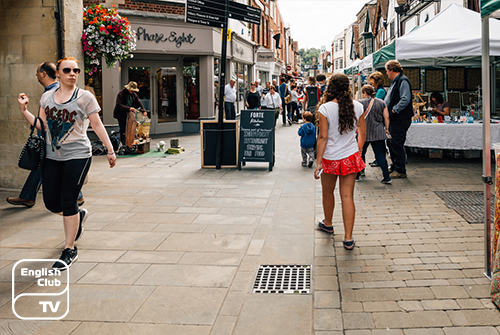 There are many languages in England. But English is its first language which many other countries also use as their first or second language. The Englishman initially spoke Old English that derived from Anglo-Frisian and Indo-European Germanic language. German people who spoke Old English arrived in England in the fifth century. But in the 11 century when Norman, whose language was Latin, invaded England, the upper class of England started speaking Latin instead of English. Eventually, the Old English became the language of the lower classes in England.

The Old, New, and Middle English Languages in England

However, as 1600 dawned, again English took its place in England, but this new English was different from that of Old English. Rather it showed relations to French and people referred to it as Middle English. Greek and Latin too influenced the coining of new English words during the Renaissance. Today billions of people speak English though most of them pronounce English words different from each other. All most all of the countries have and are adding new words to the Modern English thus making English the language with the largest number of words.

Other than English, many people in England spoke Cornish before 1700. However, the Cornish language has its resurrection noted in 1900 and under the European Charter for Regional or Minority Languages, the Cornish language came under protection. Today, some people in Cornwall still speak this language, and printed materials in Cornish are available in shops in England. Many English schools also teach Cornish today.

Languages of the Welsh and Scots

One percent of people in the United Kingdom and 97 percent in Wales speak the officially protected language ‘Welsh’. It was protected by the Welsh Language Act (1993). The government prints all the official documents in Welsh as well in addition to English. In Scotland, 30 percent of the people speak Gaelic. It enjoys equal status as English in Scotland.

Other languages spoken among others in England include Italian, Hindi, Polish, Turkish, Japanese, Portuguese, Russian, Spanish, Gujarati, Turkish, Vietnamese, and Greek. The migrant population in England holds a high percentage of its demography. Therefore, England naturally has a good number of languages. However, England maintains its status of having English as the official first language in most of the States though dialects of the language slightly differ from region to region.