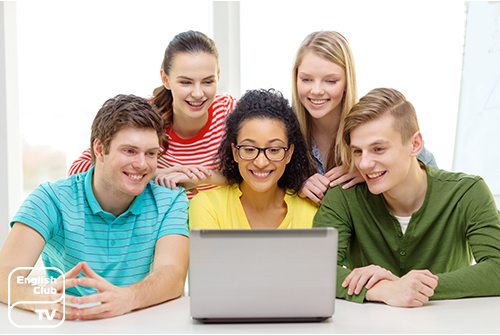 When starting to learn English as a second language many may find themselves unable to engage in conversational English even after years of studying the language. It is largely because traditional English lessons tend to focus mainly on memorisation of grammatical and spelling rules. In addition to which the level of English found in the textbooks are more theoretical and formal in nature than the informal speech required for conversational English. It becomes further compounded by the fact that even students living in English speaking countries face a lack of opportunities to practice their English in informal and casual conversational settings.

Students should also practice speaking English outside of the classroom as much as possible. Reading English newspapers, books and magazines in print or useful articles online will help improve students English as it provides a platform to add to one’s vocabulary by exposing students to new phrases, terms and idioms. Students should also watch television and films as this will also present them to conversational English. It is important when watching television and films that students do so with subtitles on, as the ability to read the words on the screen makes it easier to understand the rapidly spoken words. When practicing English in this manner, outside of the classroom students should learn to look up new words in a dictionary or ask their teachers if they don’t understand these new words and phrases.

Another form of “outside the classroom” learning students can try is to learn conversational English online. The internet offers many resources for students looking to learn English, one of the best being English Club TV. Also known as ECTV, the site offers students various programmes all designed by a panel of native experts, created with the purpose of teaching English as a second language. The target audience placed on international students in mind. The site features programmes specially designed to teach conversational English such as “Art of Conversation” and “What Did They Say?”